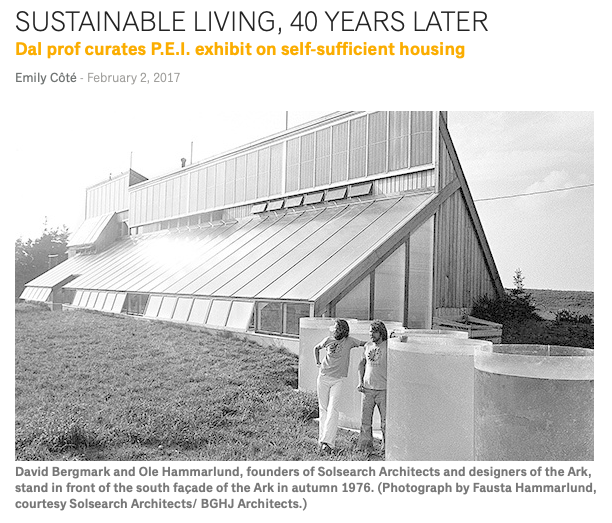 Steven Mannell recalls the first time he heard about the self-sufficient housing project in rural Prince Edward Island that he would decades later curate an exhibit about.

“I remember as a teenager hearing about the Ark and the amazing ways people could live,” says Dr. Mannell, who teaches Sustainability and Architecture at Dal. “It was a big deal on PEI and Prime Minister [Pierre] Trudeau and Premier [Alex] Campbell flew in on helicopters. There was a lot of press nationally in Canada.”

Built by designers with the New Alchemy Institute and Solsearch Architects at Spry Point, P.E.I. in 1976, the Ark was a self-sustaining home that included a greenhouse, fish tanks and a wind turbine, among other innovative technologies.

« “Living Lightly on the Earth” at the Dalhousie Art Gallery 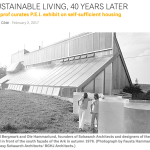 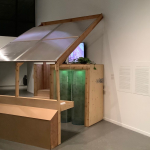